I was reviewing my monthly expenses and decided to cancel my subscription to The Economist. I thought this would be simple to do online, just like signing up was. But for a newspaper that treats its readers like adults, I was surprised at how annoying the process to unsubscribe was.

First I had to dig around on their website to find the following page to start the cancellation process: 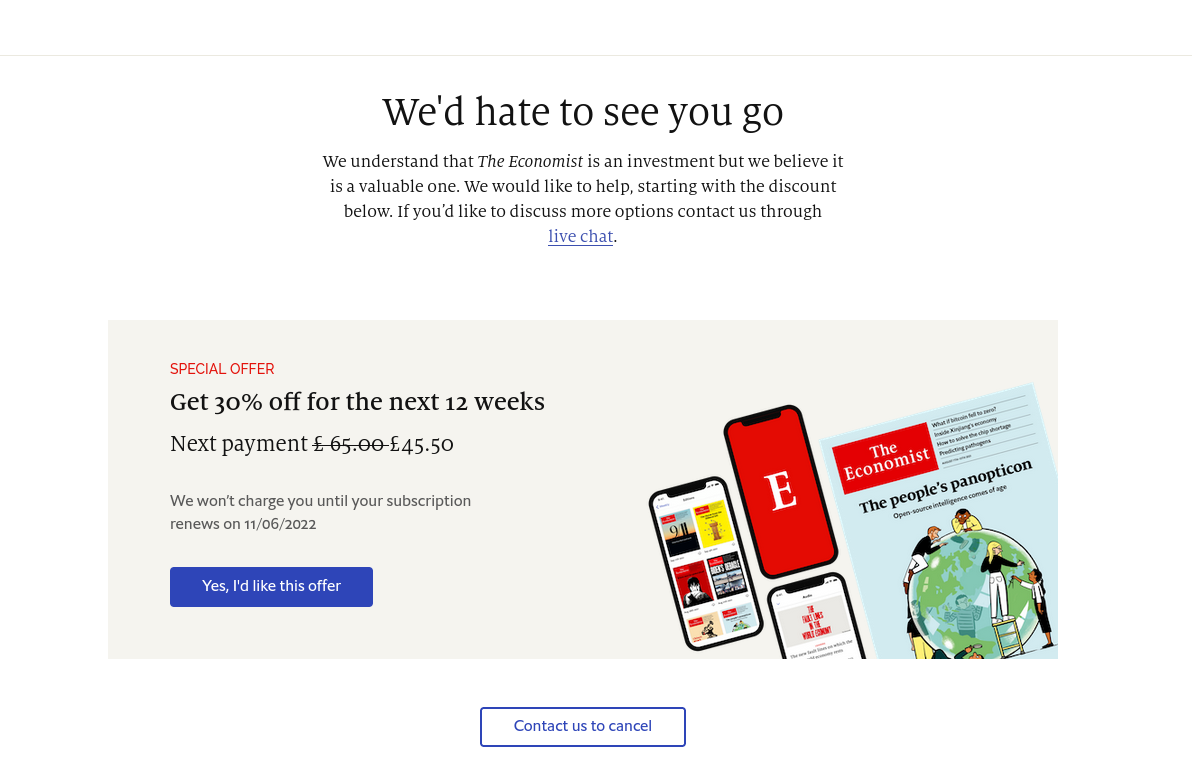 Apart from the emotional appeal, the page employs the dark pattern of inverted button colours. The action you want to take is hard to see at the bottom of the page.

The next page revealed that chatting to a salesperson is the only way to cancel: 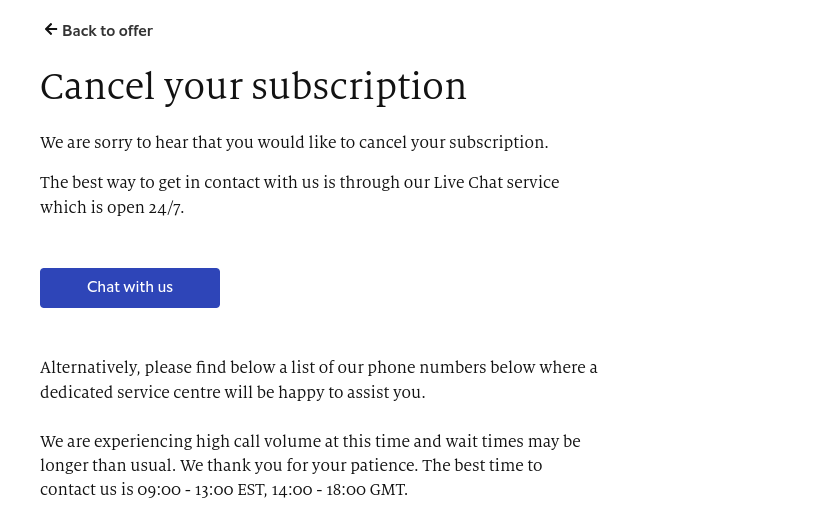 After thinking for a while, he found a “better option” for me than cancellation. I could stay subscribed with an even better special offer than I was first given!

Not tempted by the “tremendous” deals I was being presented with, I stated that I wanted to cancel my subscription for the fourth time.

Soon after, I received an email trying to get me to resubscribe: 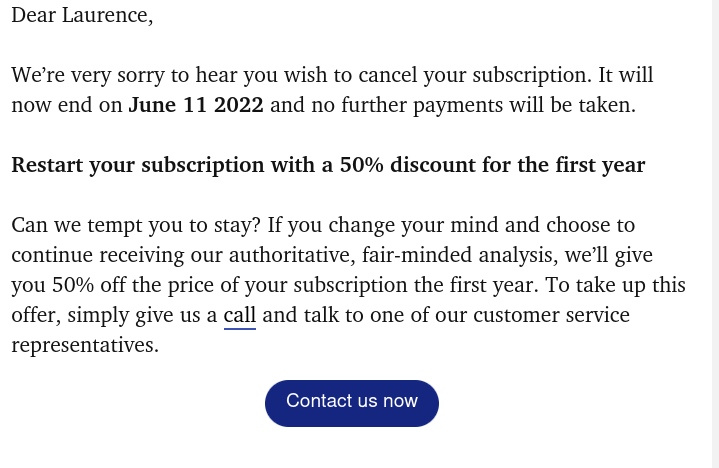 I might have considered re-subscribing before, but won’t be after this experience. It’s ridiculous to be subjected to pressure sales tactics from a well-regarded newspaper and have to confirm that I want to cancel at least five times. I’ll put up with “customer retention strategies” from my Internet Services Provider, since I have to, but not for a newspaper which could be regarded as a luxury.